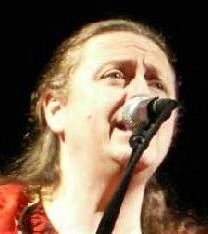 Kenny Forgione is the founding member and leader of Wonderous Stories. Kenny has sung the National Anthem at major sporting events, including championship boxing. He was on a Television program with his children’s show “Talespinners” for more than a year in the late 90’s. He also played for a short while with the band “Steam”, whose huge 1969 hit “Na Na Hey Hey (Kiss Him Goodbye)” is still heard on oldies radio and in sports arenas all over the world.In regional theatre he has appeared in “Jesus Christ Superstar”, “Pump boys and Dinettes” and “Tommy”.He has also been in numerous duos and trios and has appeared solo for a number of years. You can contact Kenny at  Papalooka@aol.com